Trademark and Copyright: Know the Difference 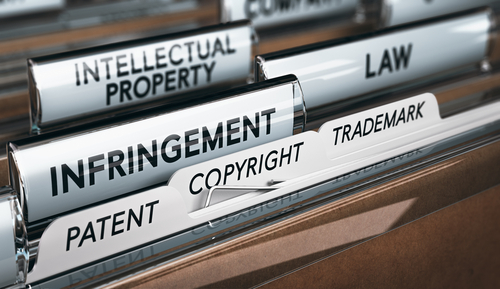 In the often-confusing world of intellectual property, business owners and consumers are sometimes flummoxed by minor claims. These occur when logos bear a disturbing resemblance to other logos. Perhaps a screenwriter’s script contains dialogue that is hauntingly familiar. Or new architecture bears striking similarity to older buildings the designer of which is passed away. Whether distinctive symbols or creative content, designs and ideas are easily lifted without legal protections. Creativity, ingenuity and hard work are prized traits in a free economy. Possessors of these virtues have every right to earn–yes, even profit–from the fruits of their imagination and character.

With that truth acknowledged, how do people go about safeguarding their works? Two such vehicles are trademarking and copywriting. While they are occasionally confused with one another, each is employed for differing creations. Trademarking, to begin with, is obtaining the exclusive legal authority over a:

These would identify a business with a particular product. For example, there are many fried chicken fast-food chains out there but only one with a certain recognizable face. While a trademark can be registered, it is not legally mandatory. Courts do recognize a common-law right to a mark provided original and sustained use is provable. On the other hand, registration serves as another arrow in the forensic quiver, allowing the owner to record claim to the mark in a federal database, and also enabling the use of the federal trademark symbol: ®. As long as the trademark is employed, it does not expire.

Copyrights, by contrast, do elapse. Whereas trademarks serve to signify or identify a given business, copyrights exist to secure original works of composition, such as:

Generally, copyrights endure for the life of the author plus an additional 70 years, according to the U.S. Copyright Office. There are exceptions to this rule: when authorship is anonymous, for example. However, neither facts nor ideas can be copyrighted as these can only be discovered and not created.

In fact, copyrights exist from the moment a created work is complete. Like trademarks, they can be registered with the federal government, making successful defense of them easier. Unlike trademarks, however, copyrights are not used continually. In essence, a copyright is a one and done. Some who want to avoid the registration fees adopt what is called “poor man’s copyright.” This is basically when the creator takes the completed work and mails it to him/herself. Although this practice might establish some form of ownership/origination, it is not recognized by courts as bearing the same legitimacy as registration.

Both copyrights and trademarks are legal protections–one secures ownership rights to a created work while the other claims exclusive use to a sign of identification. An experienced patent lawyer in intellectual property helps clients navigate this sometimes-murky field.